A relatively small, tropical island with an opposite east-west monsoon season, Sri Lanka has two distinct seasons on either side of the island. November to April brings morning offshore winds to the western side, centred around Hikkaduwa, where beach and reefs dominate.

May to October brings the same conditions to the east centred around Arugam Bay.

But on the south coast you have amazing places to surf : Meddawatta beach with his surfing school ( 9 km) , Welligama ( 6 km) ,

Medigama (15 km) etc… accessible in less than half an hour by three-wheeler.

Sea temperatures remain steady at about 27ºC or 81ºF year-round.

For private, group or week Surf , Stand Up Paddle and Bodyboarding lessons , Imagine Villa Hotel can arrange and book it for you. 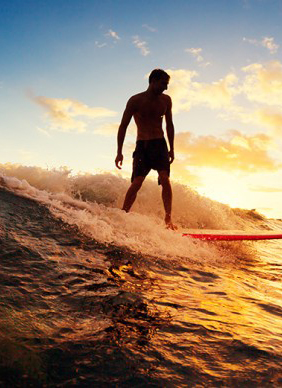